Walk the battlegrounds where Texas won her independence, see where the state’s Declaration of Independence was signed, and witness life on a working farm just as it was in the 19th century. Experience some of the Lone Star State’s most important history at the Texas Historical Commission’s Historic Sites, including the San Jacinto Battleground and the Star of the Republic Museum. Texas has a larger-than-life reputation because of its history, and visiting these sites is a great way to discover its many stories for yourself. 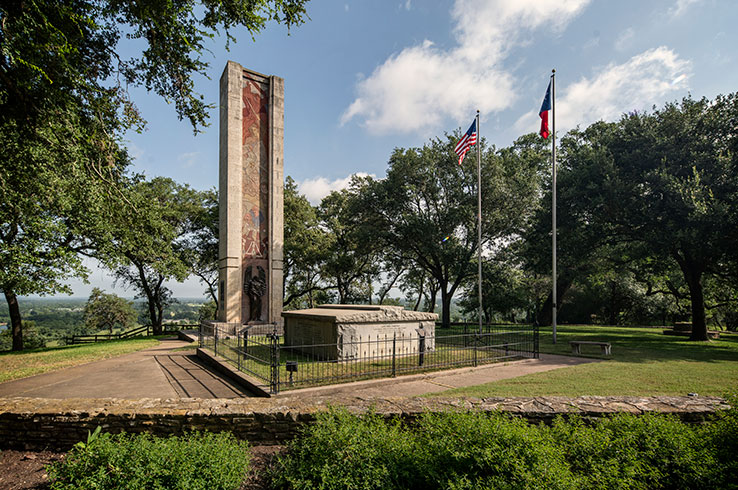 Atop a limestone bluff overlooking the Colorado River in La Grange, you’ll find a 48-foot-tall stone pillar rising from the ground, ornamented with an art deco mural. Monument Hill State Historic Site commemorates the lives of Texans who died in the 1842 Dawson Massacre and the failed Mier Expedition in 1843. The latter event is perhaps best known for the Black Bean Episode, when Texas prisoners had to draw white and black beans to determine who would be executed. The remains of these brave men are buried in a crypt on the bluff that is marked by the monument.

Pay your respects at the gravesite and take in a stunning view of the river and town below from this scenic overlook. The grounds also have several walking trails, shaded by large trees and decorated with wildflowers in the spring and summer months. Have a picnic and enjoy the fresh country air, then spend some time exploring Texas history in the visitor’s center. 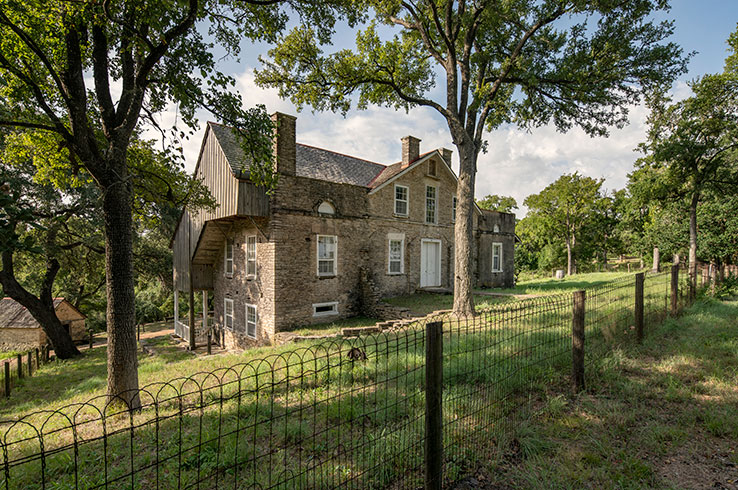 German immigrant Heinrich Kreische purchased the grounds of Monument Hill in 1849, a year after the remains of the fallen from the Dawson Massacre and Mier Expedition were reinterred in the tomb on the bluff. It was here that Kreische, a master stonemason, built his home and also started one of the first commercial breweries in Texas: Kreische Brewery.

At Kreische Brewery State Historic Site, tour the Kreische home and you’ll get a feel for life in 19th-century Texas. Although the brewery he constructed is now in ruins, you can still explore what remains. On this unconventional twist to the trendy craft brewery tour, you’ll learn about his brewing process and his signature beer, “Kreische's Bluff Beer,” named in honor of the sacred bluff on his property. Grab some sneakers because there are plenty of trails, stairs, and uneven terrain to navigate as you visit this historic property. 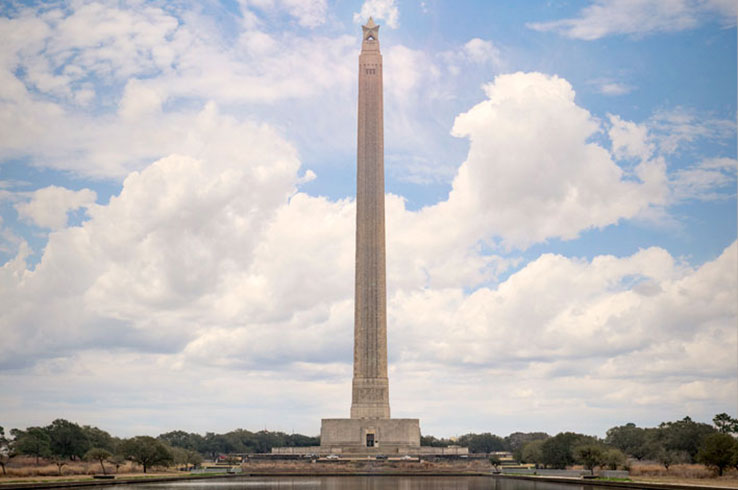 On a marshy plot of land just southeast of modern-day Houston on April 21, 1836, General Sam Houston orchestrated a rout of Santa Anna’s Mexican army that would win Texas her independence. Walk these hallowed grounds today when you visit the San Jacinto Battleground State Historic Site.

This inspirational site is memorialized with a 570-foot-tall monument dedicated to the battle of San Jacinto, making it the tallest masonry column memorial structure in the world—even taller than the Washington Monument in D.C. At the base of the monument is a museum, where you’ll learn about this critical part of Texas history, view important artifacts, and watch a film about the Battle of San Jacinto. Take an elevator ride up 489 feet and enjoy breathtaking views of the inner Gulf Coast from the top of the tower as you imagine how events may have played out on the battlefield below. 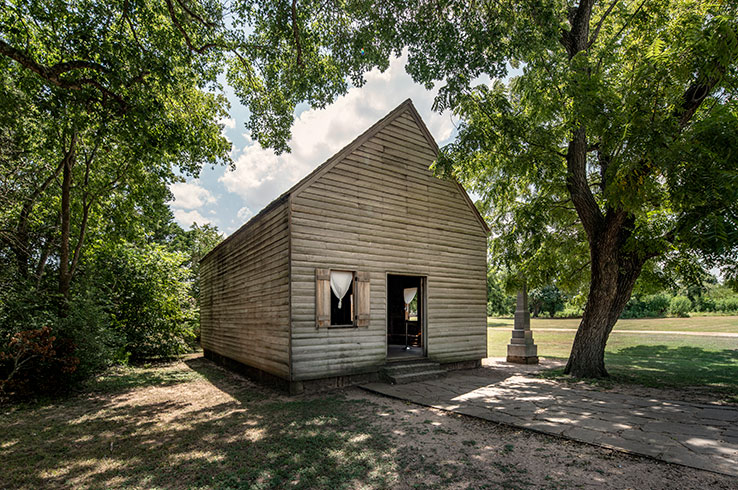 You may be surprised to learn that the small, unassuming town of Washington, between Houston and College Station, is known as the Birthplace of Texas. Here, representatives from across Texas gathered to sign the Texas Declaration of Independence on March 2, 1836. The Washington-on-the-Brazos State Historic Site commemorates this historic day with a museum and events throughout the year. Discover what life was like for Texans in the 1800s, tour Independence Hall (a replica of the building where the Declaration was signed), and enjoy walking the picturesque grounds along the Brazos River.

Time your visit for the third Saturday of the month to experience Living History Saturday. This event brings the past to life with costumed characters and interactive activities like writing with a quill and ink or playing 19th-century games. The site also hosts an annual two-day Texas Independence Day Celebration every March, with live music and entertainment, demonstrations, reenactments, exhibits, kid’s zone, food trucks, and more. 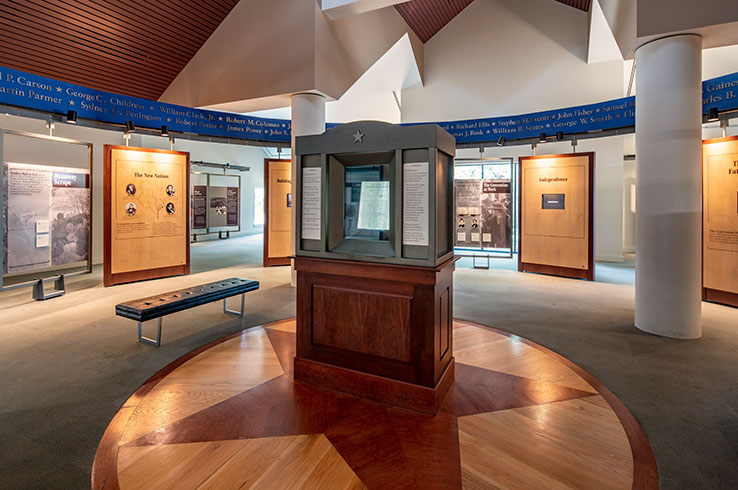 Star of the Republic Museum

As many Texans love to point out, Texas was once a sovereign nation for a decade. The Star of the Republic Museum is the only museum in the state dedicated to those 10 formative years in Texas history, from 1836 – 1846. Explore more than 1,000 artifacts that tell the stories of early Texans at this unique museum located at the Washington-on-the-Brazos State Historic Site.

Tour the museum and you’ll discover the history and cultural diversity of Texas, from the state’s earliest residents to modern day. Two floors of exhibits document pivotal events in Texas history, and a “Pioneer Playroom” allows young children to try on period clothing, sit in a wagon, and experience other daily activities of the era. 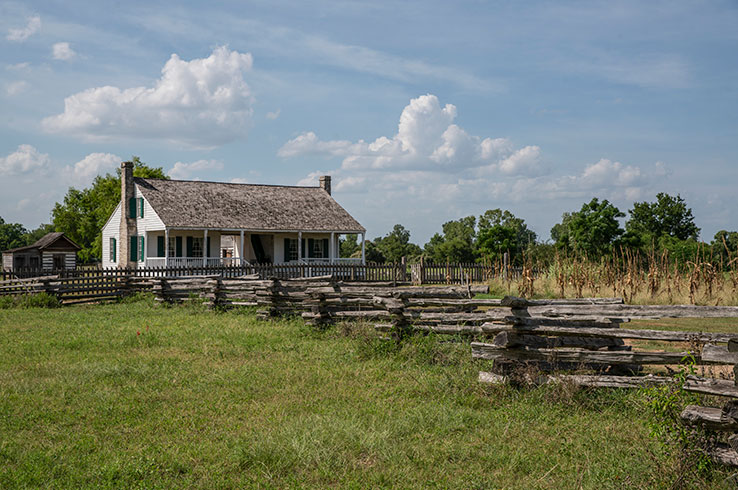 Continue your tour of the Birthplace of Texas at Barrington Plantation, where you can visit the final home of Anson Jones, the last president of the Republic of Texas. When the Lone Star State joined the Union in 1845, Jones retired to this home with his family and ran a successful farm for more than a decade.

Step back in time and into the shoes of Barrington Plantation’s first residents. This living history site replicates life as it was 150 years ago, complete with heritage breeds of livestock, interpreters dressed in period clothing, and the use of 19th-century farming methods. Learn how to drive oxen, plant and harvest crops, and make your own soap, all while exploring these historic grounds. The farm chores change with the seasons, so you may find yourself husking corn, dying cloth, or even repairing the walls of a log cabin depending on when you plan your visit. 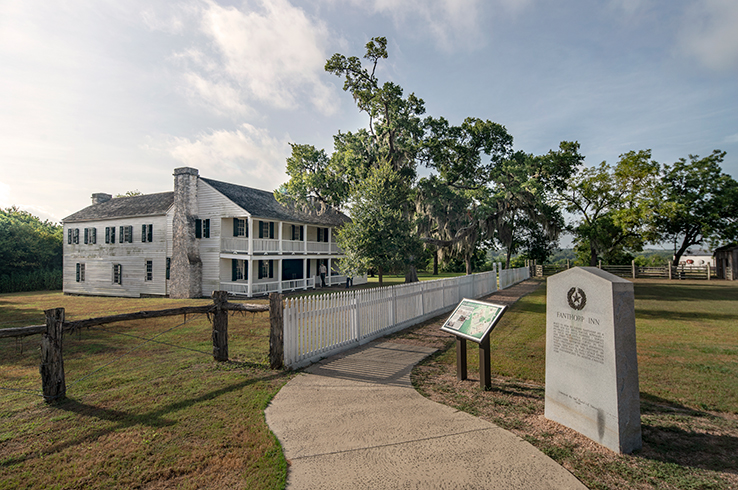 Travel through the town of Anderson and you’ll find rolling hills, verdant oaks, and a historic home standing proudly in the midst: Fanthorp Inn. This historic 19th-century stagecoach inn was also a family home, constructed in 1834 by English immigrant Henry Fanthorp. Situated along well-traveled stage lines, it was a welcoming stop for weary travelers, and it also functioned as the first post office for the area. Fanthorp himself was the region’s postmaster.

The inn still stands beneath a sprawling oak tree in a field that produces bluebonnets every spring. It’s open for free public tours every Saturday and Sunday, where you’ll learn the colorful stories that made the inn a community treasure. Fanthorp Inn is staged to look as it would have in 1850, with a dining table set for dinner, furnished bedrooms, and more. Once a month you can experience an authentic mule-drawn stagecoach ride or sit on the porch and enjoy live dulcimer music as a guest of the era would have. 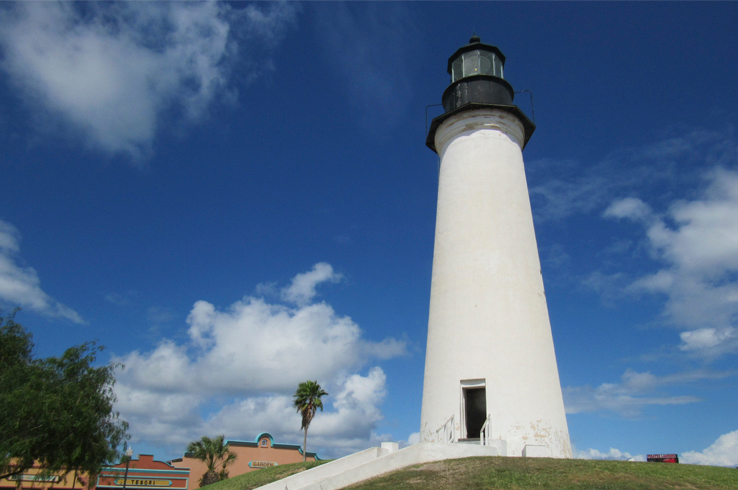 At the southern tip of the Gulf Coast of Texas, you’ll find a shining beacon in the night… literally. The Port Isabel Lighthouse, built in 1852, was used to guide sea captains until the early 1900s, shining its bright light from 72 feet above the ground. During the Civil War, it was even used as an observation point by soldiers from the Union and the Confederacy.

Though sailors no longer use the lighthouse as a nighttime guide, it is open to the public for tours. In fact, it’s the only one of the 16 lighthouses placed along the Texas coast that you can tour. Ascend the 75 winding stairs to a perch where you can marvel at the magnificent view of South Padre Island and its beaches. On clear days, it’s possible to see up to 16 miles out. The panoramic Gulf view is a photographer’s dream and so stunning that some have even exchanged wedding vows from this scenic spot.

Whether you’re a history buff or just a curious traveler, these sites provide exciting opportunities for people of all ages and backgrounds to step back in time. Many of these sites are situated near or between popular Texas road trip destinations, making them perfect for short stops along your journeys. Learn more about these exceptional Historic Sites and start planning your visit today.

Stay in the know with the Texas Historical Commission's blog here.

About the Author: Ashley Donde is a freelance writer who loves adventure. Her family of four can often be found exploring the great outdoors, touring museums, or enjoying a local festival.