8 New Texas Craft Breweries You Should Visit in 2017 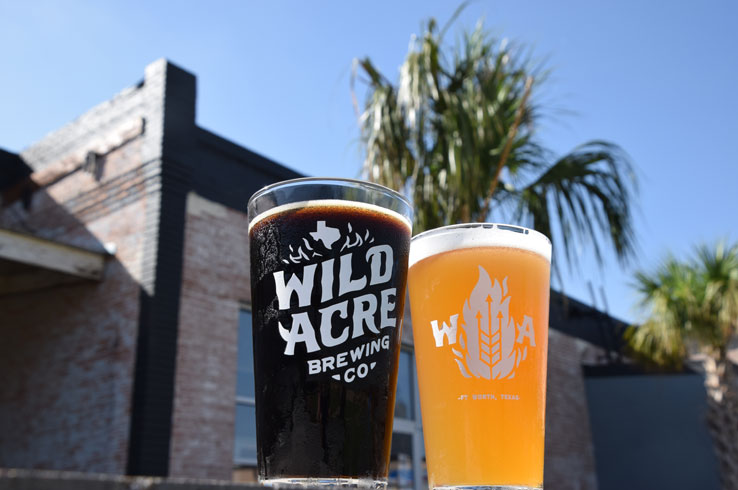 Does the hoppy zest of an IPA or the coffee-and-chocolate aromas of a stout make your mouth water? If you’re one of the many Texans enamored by the craft beer craze, then you probably know that the Lone Star State has dozens of independent brewers. You may even have a few that you visit quite often. What you may not know is that new breweries are opening across the state, and there may just be one right in your own neighborhood. We know that it can be hard to keep track of your local beer scene, which is why we’ve put together a list of eight brand new craft breweries in Texas that you should try.

Stop by one, or all, of these breweries and raise a glass to toast all the amazing beer we have here in the Lone Star State. Cheers, y’all! 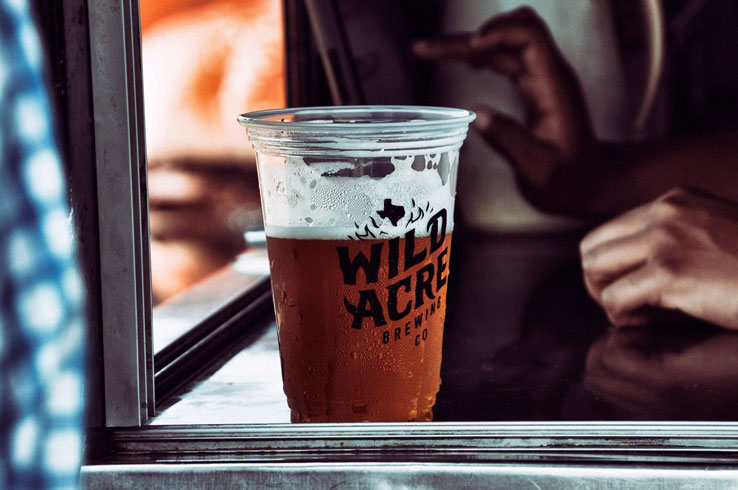 Wild Acre Brewing Company joined the growing list of craft brewers in the DFW Area in June of 2016. Stop by the brewery’s tap room just minutes southeast of downtown Fort Worth and you’ll have your pick of four distinct beers crafted with high-quality ingredients. The Soul Pleasure Southern Stout has everything lovers of the style crave. Rich with coffee and chocolate flavor, the added oatmeal in the mash makes it smooth and sweet. There’s also the Tarantula Hawk India Red Ale, an IPA with a deep red color and strong tastes of grapefruit, pine, and tropical fruit. A session bock and wheat ale round out the brewery’s other two offerings.

Hit up the bar and order a pint, then find a spot on a picnic table within the taproom or in the outdoor beer garden. The cost for four tokens that you redeem for beers is $15, or you can exchange one of those tokens on the way out of the door for a fetching Wild Acre pint glass. 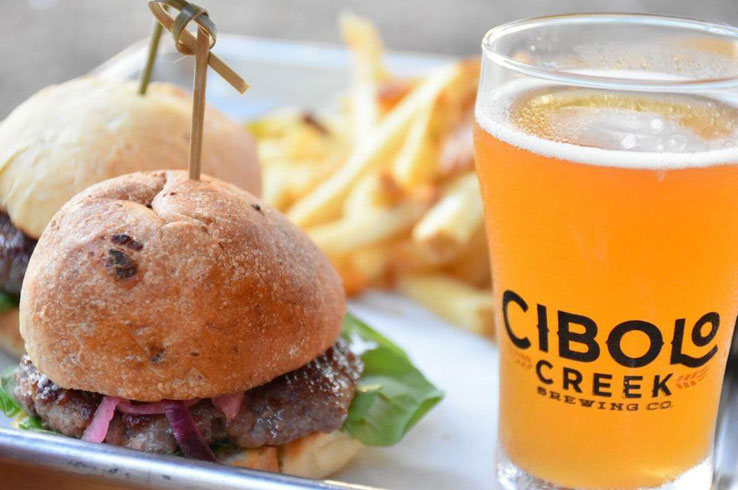 A diverse selection of craft beer and a menu full of locally-sourced dishes awaits at Cibolo Creek Brewing Company in picturesque downtown Boerne. The beers you’ll always find at Cibolo Creek are a blonde, IPA, and a wheat beer, three refreshing brews that are perfect after you’ve spent the day playing in the nearby Boerne City Lake Park or shopping in downtown. Small-batch seasonal brews, including palate pleasers like a cranberry wit, a smoked serrano double IPA, and a chocolate chip cookie dough stout, are on tap throughout the year. Pair your beer of choice with something off of the menu featuring chicken, quail, goat, lamb, pork, and beef sourced from local farms. Only closed on Tuesday, the brewery is an essential stop for beer lovers in Boerne. 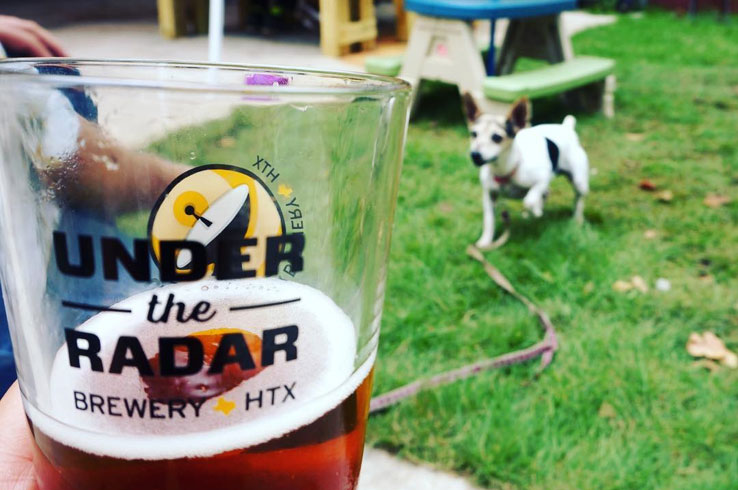 Under the Radar Brewery

Under the Radar Brewery’s name may be the most accurate description of this microbrewery just a stone’s throw away from the Houston Museum District. Consisting of a small beer garden and an even more diminutive tap room, this hidden gem serves up some truly big-tasting beer. On a hot day, find some shade under an umbrella at a picnic table and sip on a smooth and refreshing Dirty Blonde Ale, Mild Frequency IPA, or Radar Love, a beer made using wheat and pilsner malts to create something lighter than a standard hefeweizen. For something a bit brawnier, relish the flavors of caramel and hops of the Midtown Bock or the chocolatey Porter Authority, a dark beer that isn’t too heavy. Pair your brew with something tasty from a food truck situated right next to the beer garden. Locally crafted brews and a tranquil neighborhood ambience make Under the Radar stay true to its name. 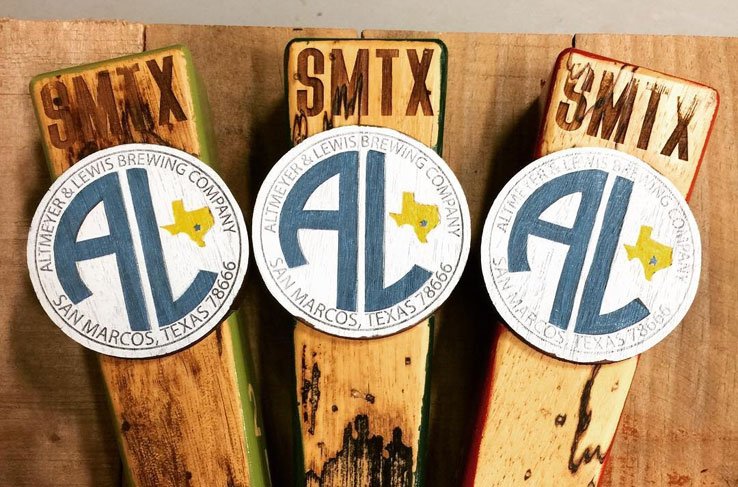 For German-style beer, where better to go than the Texas Hill Country? Settle into the open-air taproom at Altmeyer & Lewis Brewing Company and order a pint of the A&L German Lager, a brew made using the same techniques practiced by the Altmeyers more than 100 years ago. Light in body but robust in flavor, the lager is a refreshing beer for a hot Texas afternoon. Yet there are other options, such as the crisp A&L Bock, the hoppy A&L Double IPA, or the A&L Red, an Irish-style ale with the tastes of caramel and toasted malts. Speaking of malts, make sure to try the SM&SH (Single Malt & Single Hop) beer only available at the brewery. Crafted using an alternating selection of malt and hops, the brew offers something new every time you visit Altmeyer & Lewis.

At BAKFISH Brewing Company, it’s all about the beer. Whether you prefer something light or dark, you’ll find something to enjoy here. For something light and refreshing, fill your pint glass with either the All Y’all Golden Ale – featuring notes of pear, banana, and cloves – or the I Tell You Wit, a low-alcohol beer with an aroma of orange and coriander. IPAs are one of the most popular styles of craft beer, and BAKFISH has two you can choose from. Tastes of orange and grapefruit soften the hops of the approachable Circle Hook India Pale Ale, while the Defying Gravity Double IPA has big fruity, grassy, and piney flavors. Last but not least is the Goat Roper Brown Porter, a chocolate, coffee, and roasted malt-tasting full-bodied dark beer.

Savor any of these delectable brews at BAKFISH’s large industrial-style tap room in Pearland. Order a few pints or a growler (a large glass or ceramic jug) to take your favorite beer home with you. Along with their standard offerings, BAKFISH produces a range of seasonal and one-off small scale beers that will please your palate. Better yet, the brewery is open seven days a week, making any day a good day to stop by. 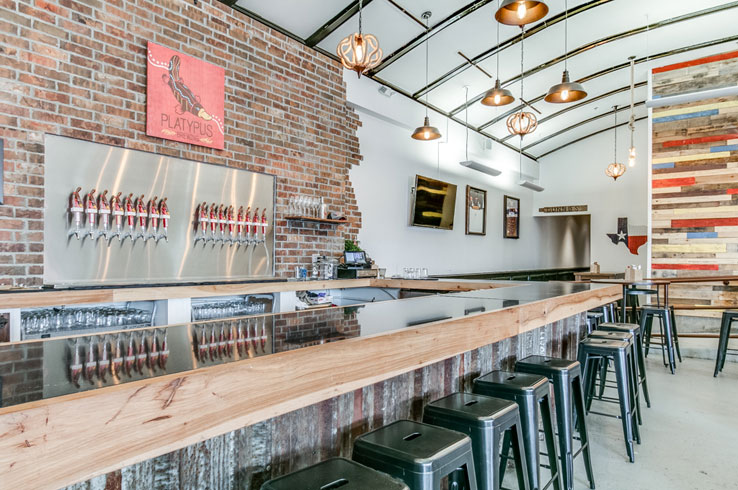 One of the (many) new breweries to join the Texas craft beer scene is Platypus Brewing Company. Located along the bustling thoroughfare of Washington Avenue near downtown Houston, Platypus Brewing serves up delicious beer with a hearty helping of Australian flare. The most obvious example is the Bobby Dazzler, an Australian ale crafted with local honey and Australian topaz hops. Another option is the Troppo (Aussie slang for “going crazy”), which adds passion fruit and mango from Down Under to a classic American Wheat Ale to create a tropical tasting and refreshing beer.

In addition to all the tasty beer, Platypus Brewing Company serves a range of Texan- and Australian-inspired foods made using locally sourced ingredients from a menu designed by an executive chef. Enjoy a pint and some boudin or a meat pie in the brewery’s rustic taproom (featuring exposed brick and charming wooden accents) or on the mezzanine from where you can take in a gorgeous view of downtown Houston. With its range of beer and food, Platypus Brewing combines the best of Texas and Australia. 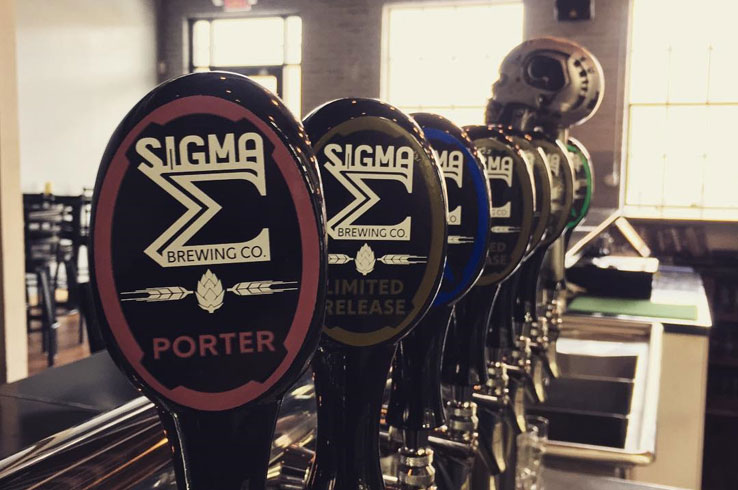 Head on over to Houston’s East End and you’ll run into Sigma Brewing Company, where a passion for beer is combined with a badass attitude. Sit at the rustic industrial-style bar and order a porter or an American pale ale, two of Sigma’s more popular brews. A rotating selection of food trucks provides the grub, a perfect complement to your beer of choice. Hang out in the taproom and stick around for cult movie night or some live music, or take your people outside to hang out on the patio. Situated just a few blocks away from Houston’s major sports stadiums and concert venues, Sigma is an easy-to-reach pre- and post-game hangout spot that is open Thursday through Monday. 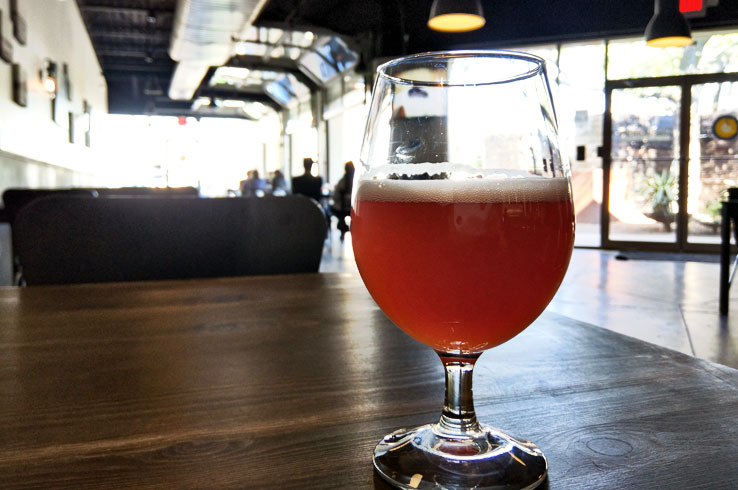 If the proliferation of craft beer here in the Lone Star State shows us anything, it’s that there’s no end to what you can do with beer. On Rotation in Dallas embraces that idea with aplomb. Along with its 40 taps from which craft beer from across Texas (and beyond) flows, On Rotation produces a range of mind-blowing experimental brews you’ve got to try. One example of this is the exotic Moroccan Winter, a spiced amber ale brewed with dates, coriander, cumin, nutmeg, allspice, and more. Other “out there” brews include the spicy Jalapeno Saison, the Barrel-Aged Café Au Lait chicory coffee milk stout, and a Cucumber Blonde ale made with – you guessed it – tons of fresh cucumbers.

All of these beers are available by the pint, but if you really want to experiment (without needing a ride home) then opt for an eight-ounce serving. If you fall in love with one, take it home in a 32-ounce or 64-ounce growler.

These are just a few of the many breweries that have recently opened in Texas. For a comprehensive list of many of the craft breweries in the Lone Star State, visit the Texas Craft Brewers Guild’s website.

Click here to find out more about the many great destinations, attractions, and events in Texas.